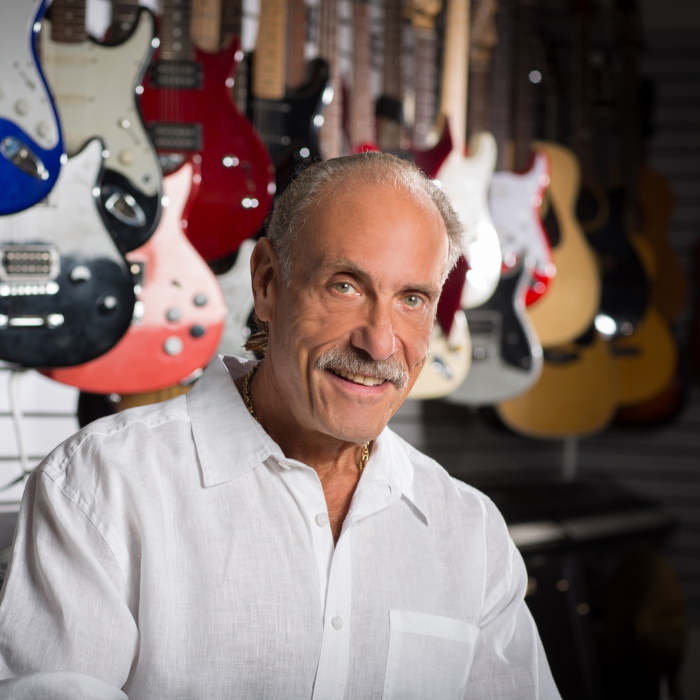 Want to book Les for your next event?
Visit Speaking and Media Requests.

Or, get a unique video from Les.
Request Your Personalized Video.

As a third-generation pawnbroker, Les Gold is a self-proclaimed street-level economist. His first experience as a salesman took place at his beloved grandfather’s pawnshop at the age of seven. The feeling of exhilaration and accomplishment of his first deal propelled his love for the industry and solidified his future as a pawnbroker.

Les continued to hone his skills in negotiating, sales, and customer service which eventually led to opening his own store with the support of his wife Lili. Years later, Les moved American Jewelry and Loan to its present location, an expansive showroom and storage facility, more than 50,000 square feet in size. Located just south of iconic 8 Mile Road in Detroit, this flagship location served as the backdrop for the successful Hardcore Pawn television show that he filmed alongside his children, Ashley and Seth. Les and his son, Seth, continue to work at the Detroit location.

Les remains an astute observer of economic trends that are the pulse of any city across the country. For that reason, he continues to be sought after for speaking engagements, sales training seminars, and financial guidance by media and news outlets such as The Detroit News, USA Today, Fox Business, Forbes Magazine, and more. Les is also known for his negotiating tips which are often the topic of his media appearances on The Today Show, Yahoo! Financial Fit, Good Morning America, CNN Your Money, and more.

Get the story of Les’s journey straight from the source. Read the book:
For What It’s Worth Business Wisdom From a Pawnbroker.

No business school in the world can teach you as much about buying, selling, negotiating, managing employees, dealing with customers, advertising, tracking trends, and predicting the economy’s ups and downs. Experience a pawnshop from the inside through the weirdest, wackiest deals and steals while learning how to build a business without boundaries.

“Les’s years of experience have given him a business acumen that stretches far beyond the pawnshop—and this book is a must-read for anyone who wants to create their own success in any business.”
-Josh Elliott, news anchor, ABC’s Good Morning America

“In For What It’s Worth, Les Gold shares business secrets from America’s front line of front lines—the pawnshop. It’s a fascinating read for anyone trying to succeed in business and life.”
-Jerry Springer, former mayor of Cincinnati, seven-time Emmy Award-winning newscaster, and host of The Jerry Springer Show